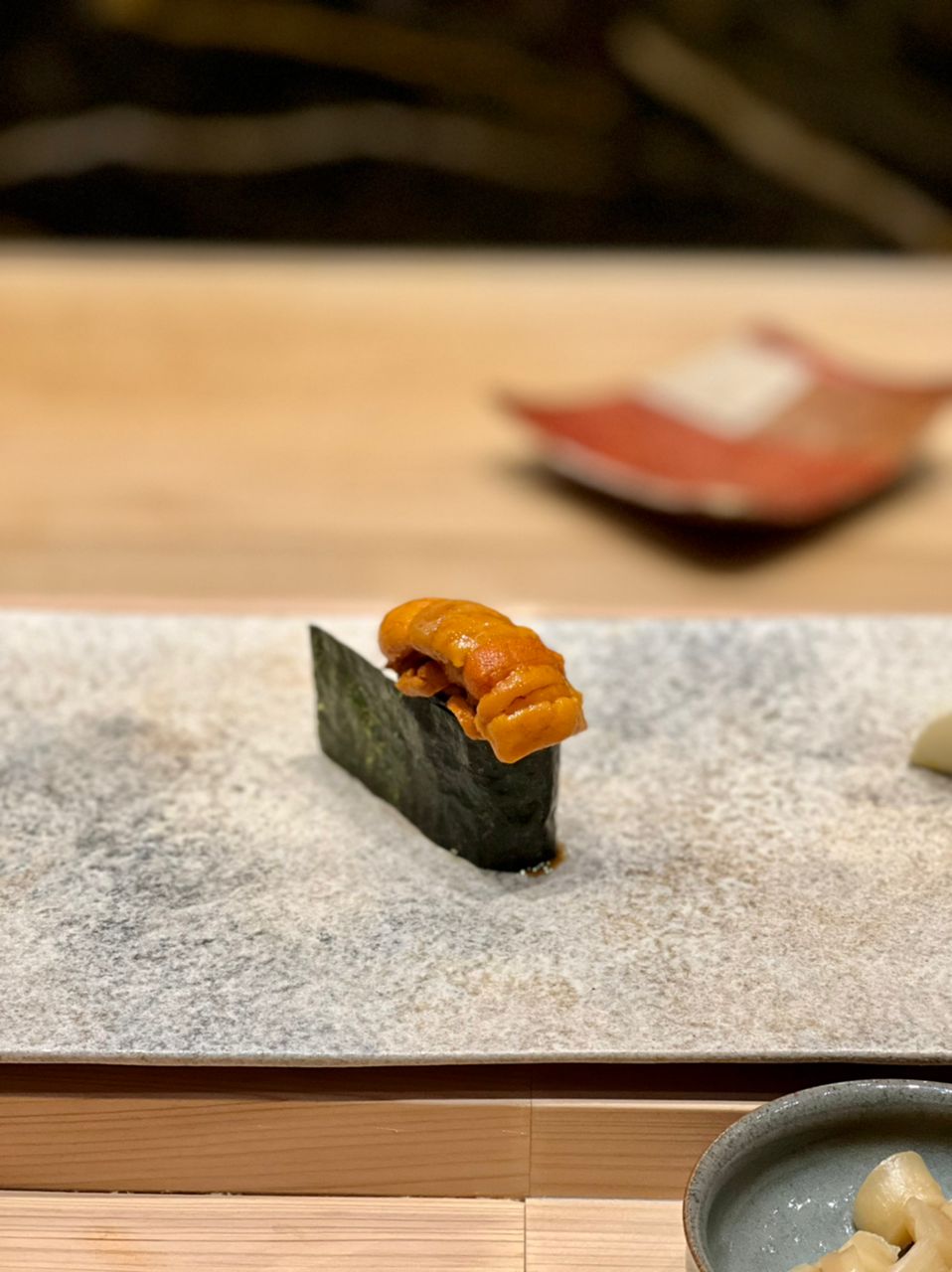 We decided to pay a visit at Sushi TAKA for their cheapest available on their menu.

We actually made a mistake when making the appointment. We planned to go for a cheaper alternative, Sushi Kazu nearby.

Long story short, we booked Sushi Taka by accident and they required RM200 as deposit, so you won’t ffk, checkmate the stand-uppers.

Then, we made another mistake by paying for the deposit too.

Since my budget wasn’t up for a few thousand on a normal Wednesday, we chose the cheapest option available on the menu, the TSUKI. Which was RM450 for 8 sushi and 1 sushi roll. It is NOT AN OMAKASE. I was starting to worry dead, because I did not have food prior arriving at St Regis, and I am a rice tong.

I always visit cafe or restaurant with something half-digested in my stomach. 9 of my 10 female friends don’t eat as much as me.

Speed. My friend has a stomach of a tiny bird. She eats slow. So we have to voice out for the Chef to slow down.

Not in the menu. Also there were miso soup, and sorbet.

RM8 per hour. BUT! If you are dining in at Sushi Taka, you can validate the parking ticket at counter and get RM10 flat rate!

We spent more than 2 hours at St Regis.

Their parking is wide and easy to park, with enough vacant lots, even though it’s located right in the heart of KL.

So its totally convenient for MPV + lady driver + always arriving last minute visitor like me.

7. About still being hungry after the meal

I was satisfied by the meal, both taste and volume. Honestly that’s surprising. While my small eating friend, she requested “less rice” on her set meal.

Later after the event, I texted Sushi Taka about, what if I still feel hungry (let say on the 7th Sushi).

They said we can easily upgrade to Omakase, because if you have a go at Omakase, the chef won’t let you leave hungry.

Why would I spend expensive amount on food

After the bill, it’s time to reflect if it worth it.

You can also use this to convince your boyfriend to bring you to Japanese fine-dining.

1. The environment makes you take it slow and focus

I always have the problem of “eating too fast”.

For example, on this TSUKI day, my friend and I were served an identical sushi, but I couldn’t taste the wasabi because I bloody swallowed my food too fast and reckless.

Another thing, playing the phone.

It was a Wednesday, and I was still minding my emails and WhatsApp when the chef served me the first sushi. But not long later I noticed it’s not being respectful to 1) the chef, 2) the staff 3) my friend 4) my hard earned money

So I decided to put down my phone (after settle with someone who was yelling on me on WhatsApp), and step into the palatable, mindful world.

As human being, its our nature to keep trying up new stuff.

And it is especially important to me, personally.

Things get dull after a while. With this fine-dining experience, the oyster taste

So here I experience a taste that I can still remember after a week.

Honestly right after we came out from the hotel, I labeled the place as “never visit twice”. However on the next day, I started to miss how the oyster taste, which I remember quite clearly. I know I can remember smell, but rarely taste.

I can go to the most available oyster bar, but I doubt I can recreate the taste, which the chef construct it so finely he called it his signature.

3. We were the only customers that afternoon

With grand toilets and warm napkins and such.

We also get to talk to the chef. About where he used to live, his years in restaurant, and it wasn’t stressful at all.

We told him honestly we don’t know the name of fishes, but we can learn whatever he has to educate us.

I’ve been to other Omakase places, this one stands out. I’d paid same amount RM477 for another Omakase few months earlier, but I don’t remember anything specific afterward.

Cafes to Work and Study in Petaling Jaya »